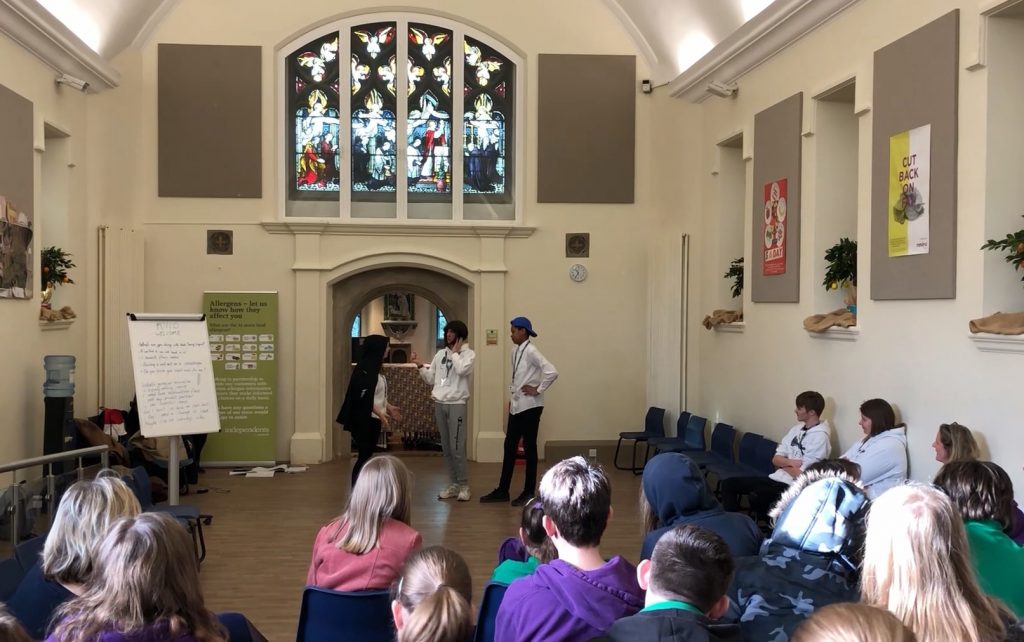 Young people with high functioning autism and Asperger’s were immersed in a world of drama on Monday 10th February as MYCO launched its schools’ outreach project at LVS Oxford in Begbroke. The performing arts group was taking a break from rehearsing for Chess, which it will perform at the Oxford Playhouse from 8th to 11th April, to help engage students with drama, including putting on a special performance just for them.

The inclusive sessions saw all students at the school for young people aged 11 to 19 on the autism spectrum encouraged to participate. Autism can be a barrier to young people interacting and having the confidence to express themselves freely, but the workshops allowed them to utilise performing arts to build confidence and resilience, practice teamwork and enjoy practical learning of singing, dancing and acting skills.

Chair of MYCO, Alan Webb, said: “It is a passion of mine, and the whole of the MYCO, to encourage more diversity and inclusion in our membership, not just in terms of performing but also the other roles necessary to put on a large production. Hopefully this will be the first of many such outreach sessions we run across Oxfordshire”.

LVS Oxford English and Drama teacher Kerry Angus said: “The performing arts provides a fantastic opportunity for young people with autism to develop their self-esteem and confidence. There was a really positive energy to the workshop and we are very grateful to the MYCO Outreach Team for delivering such a valuable experience for our students who responded really well and were engaged throughout”.

MYCO also provided LVS Oxford with six pairs of tickets to go along and enjoy their production of Chess on Thursday 9th April to help inspire students even further to not let autism hold them back from a future in performing.